Implicit bias exists. How do we solve this?

The modern workforce is diverse and complicated. Attempting to create unity around a shared goal with members across the world is not easy.

With CodeGen’s vastly increasing workforce across the globe, senior leaders were concerned about how the company culture would scale appropriately. One of our greatest principles at the company was collaboration- not just among teams but across the entire workforce. It was an expectation that led to some of our greatest solutions. It was common to walk into a cafeteria or break room and overhear employees asking others what issues they were facing and offering their advice. But as the workforce increased globally, there were concerns among senior leaders that this core process at our company simply would not scale. There was evidence that certain global teams were facing some difficulty with communication and collaboration, with certain employees feeling that their ideas were no longer respected or even heard.

Diving deeper into the problem through research and employee interviews yielded evidence that some of our employees were fighting against the age-old monster- unconscious bias. We were seeing cases where for example a product manager steeped in his knowledge in SaaS platforms simply gave a deaf ear to a front-end developer’s input or even a customer service agent’s input. As a company that has always valued diverse input and collaboration, and had personally seen the dramatic impacts that can be seen when a workforce is allowing mind-share to happen freely, we knew finding a solution to this would be critical to our success. I had seen research studies and papers that had shown the success of virtual reality being used with children and young adults who had trouble adapting to social environments and working in unity with their peers, the researchers had found great success in Montessori classrooms by employing virtual reality technology and utilizing avatars to create group activities and found even amongst students who were previously facing difficulty in group exercises in the real world, were working and making great strides towards teamwork.

The Solution? Fueled by my curiosity and inkling that a similar solution could be applied to our problems. I worked with our in-house game development teams, to create virtual worlds with the Unity Game Engine. One of our first worlds was the Team House, all employees were tasked with creating avatars with a toolkit/options that removed traditional gender/race/and other attributes in the avatar creation process. Instead, everyone was a character modeled after many childhood games. After creating their avatar, they entered a virtual reality world which allowed them to mingle amongst co-workers oblivious to their status or position at the company. Each project manager was given a team house within the virtual reality world, within the house there were rooms such as the Idea Room, which was essentially just four walls that allowed for virtual whiteboarding, and other more creative rooms we developed such as the Game Room. Game rooms allowed for virtual hackathons to occur, whenever a project manager deemed that one of their projects could leverage input from outside of their core team, a notification was sent through to encourage users to join the game room and view a VR slideshow (initially powered by Adobe Captivate VR), that got the group on task and centered around the problems. Users could create solutions (code solutions, diagrams, etc.) which could be imported into the VR world and be displayed on “game tables”, their virtual avatars could walk around to various game tables and vote on solutions. 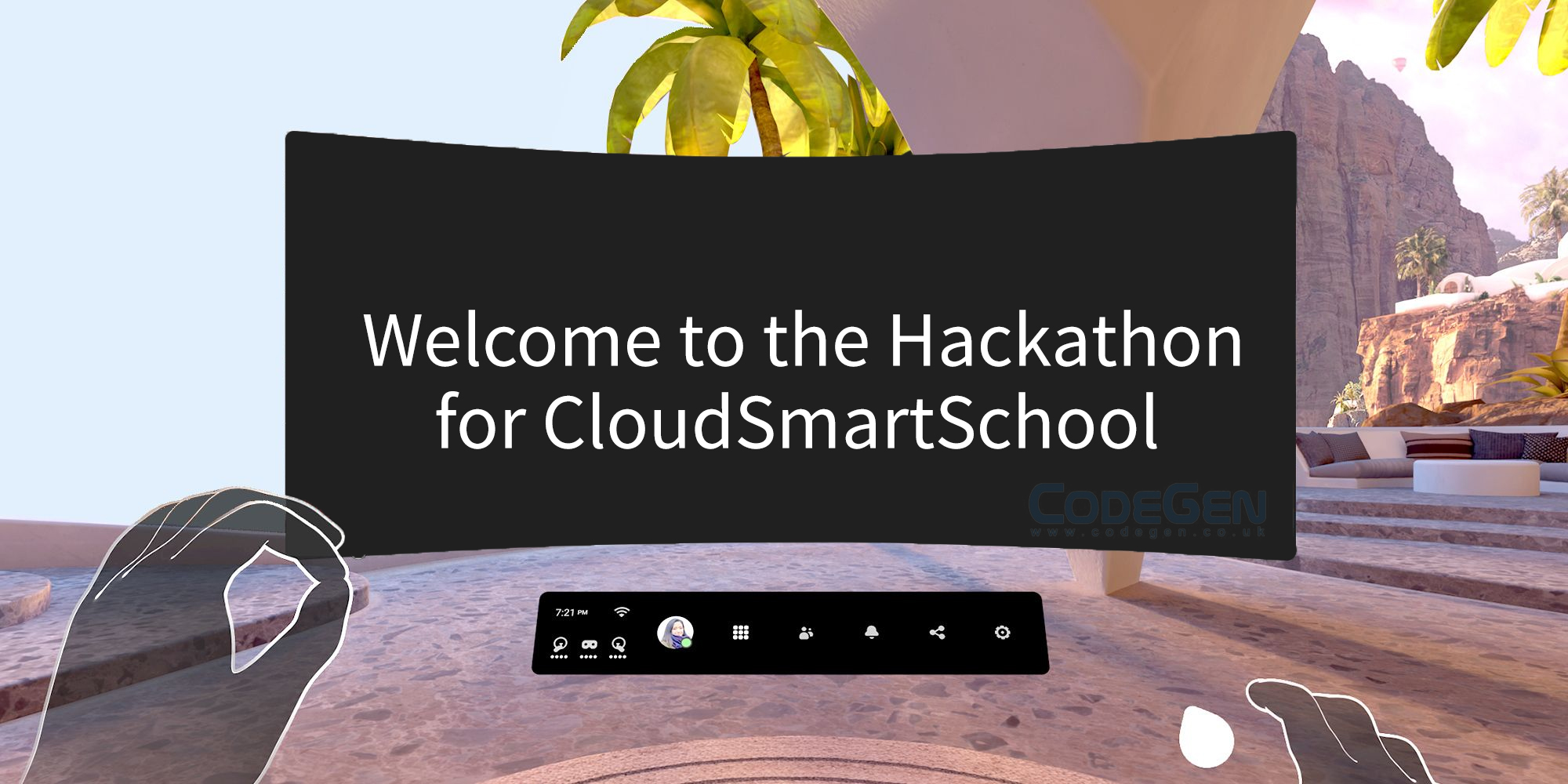 “If we knew workplace collaboration could be so fun, we’d have developed this much much much sooner” – Dr. Subasinghe

So how did it go?

Perhaps one of the most successful projects I’ve had the opportunity to lead and design. CodeGen’s Team House is used daily by hundreds of our employees as a fun and engaging way to collaborate. But the best part comes from the response of our employees, and the overwhelming answer was that many felt that we have made leaps and bounds towards creative solutions that impact many workplaces around the world. Implicit bias is something that nearly everyone suffers from to some degree, tackling these kinds of issues head-on can be a difficult path, but employees have agreed that these crafty solutions have led to substantial relief even outside of the VR world, where they have found both themselves and their peers to be more respectful and aware of their own biases. While my inital goal was to create a more open workplace, through this solution we gained business results that are hard to ignore, the development of CodeGen Team House is a dynamic world that is constantly getting updated with new features, many of which are targeted to help teams tackle global collaboration and product development. Recently we have launched VR based training, allowing teams to share knowledge through proprietary digital tools we have developed to author courses and training in the virtual world.